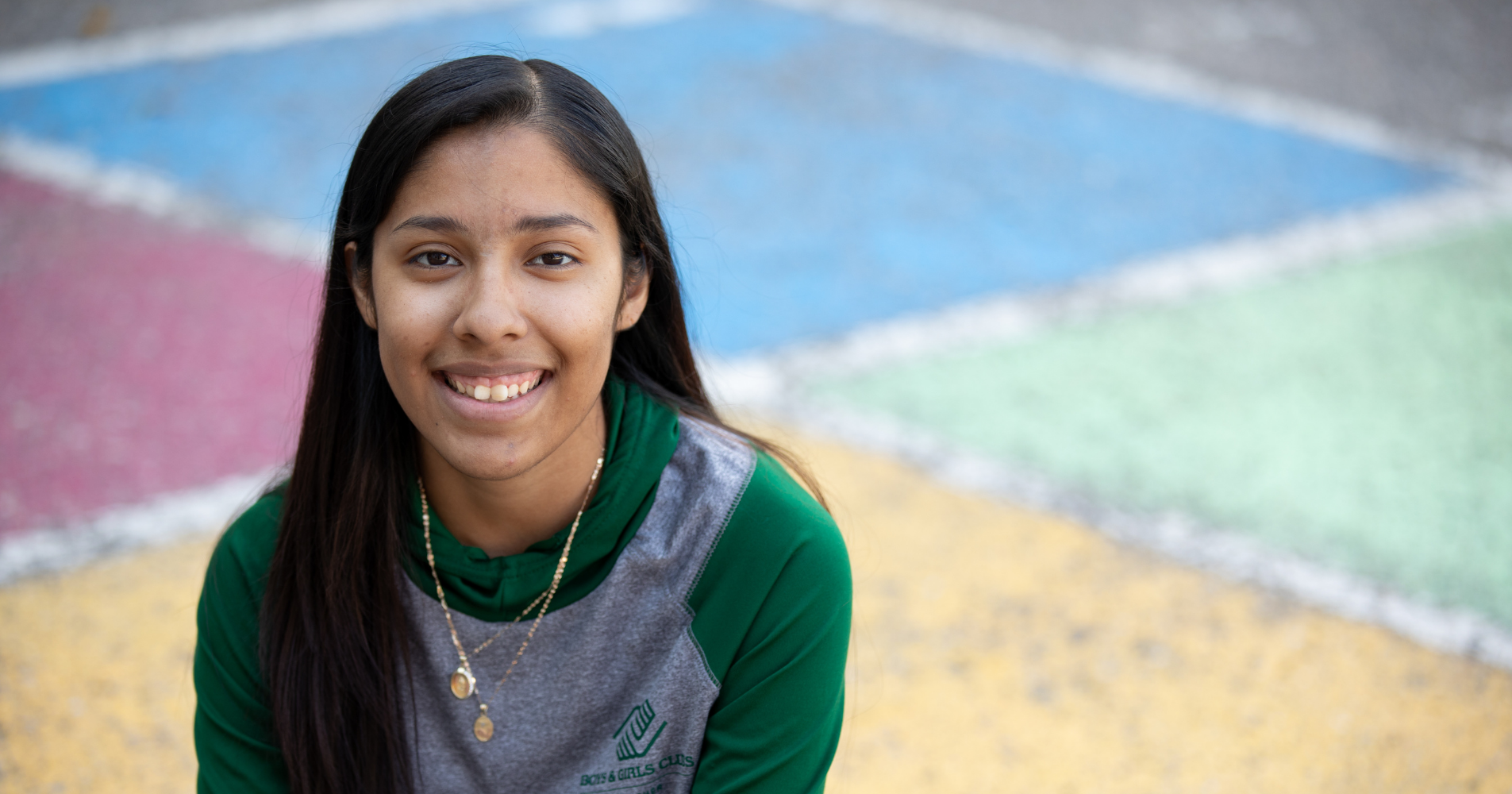 Sabrina vividly remembers being a tiny nine-year-old walking through the big grey doors at her Club and being overwhelmed by all the rooms and people bustling around. But what began as overwhelming soon became a place of safety and connection.

Club staff played a pivotal role in ensuring Sabrina had a safe home away from home where she could leave her adult worries at the door and embrace being the school kid she longed to be. She said, “The Club showed me that I was entitled to be a kid, and for that I will be forever grateful.”

Sabrina went on to participate in countless field trips and programs over her eight years at the Club, including the Torch and Keystone leadership programs, the soccer team, community service projects, and mentoring younger Club members. “I became involved and learned how to be a leader to the younger kids who weren’t very different from myself when I first walked through those doors.”

“The Club helped break me out of the shy and timid shell I had put myself in and taught me I am capable of extraordinary things that I never would have dreamed of – and that I have a bright future out there waiting for me.”

Sabrina’s bright future is right around the corner: she received acceptance letters from five of her top colleges. This holiday season, your support is a promise to continue providing a safe home away from home for every Club kid like Sabrina – and their hopes and dreams.

“The Club showed me that I was entitled to be a kid, and for that I will be forever grateful.”