From Club Member to Changemaker: An Interview with Peter Lubembela

This month, I was honored to connect with Peter Lubembela, a Boys & Girls Clubs of Metro Denver alumnus. Peter is a community organizer, a mayoral ambassador for Mayor Hancock, a former intern for Senator Michael Bennet, and the founder of 10for10 Denver. He is now a senior at Howard University where he is majoring in political science.

Peter’s path to the Boys & Girls Club was circuitous and difficult, and his membership in the Club ushered in one of his first tastes of self-discovery and connection. 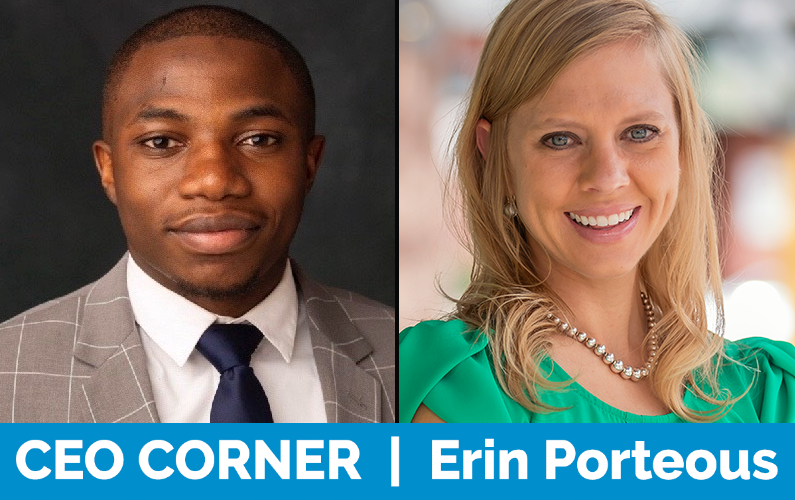 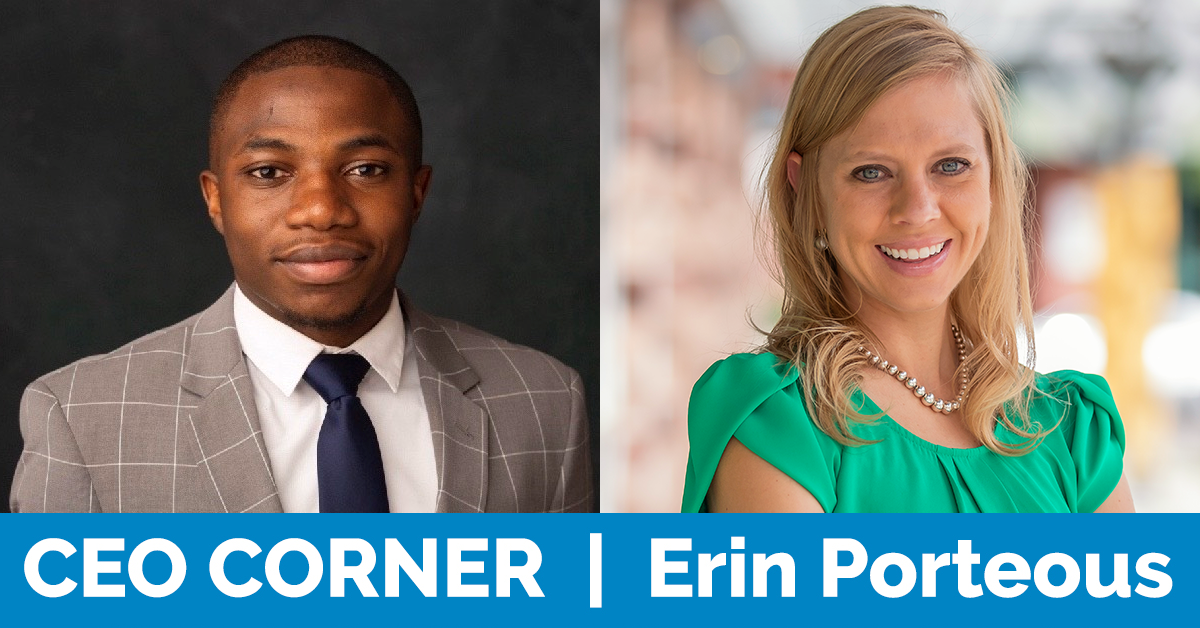 This month, I was honored to connect with Peter Lubembela, a Boys & Girls Clubs of Metro Denver alumnus. Peter is a community organizer, a mayoral ambassador for Mayor Hancock, a former intern for Senator Michael Bennet, and the founder of 10for10 Denver. He is now a senior at Howard University where he is majoring in political science.

Peter’s path to the Boys & Girls Club was circuitous and difficult, and his membership in the Club ushered in one of his first tastes of self-discovery and connection.

“I came to the United States from Tanzania when I was seven. When I think about my journey, it was a feeling of isolation, the feeling of not having anybody that looked like you. We moved back to Denver in my 8th grade year, and I was excited to be around African-American people again, but it was still a difficult transition. It wasn’t until high school that I started growing into myself, and the Boys & Girls Club was a big part of that journey.”

As a relatively new leader myself – currently serving in my fifth year as CEO of Boys & Girls Clubs of Metro Denver – I was moved by Peter’s self-awareness around his role as an emerging leader.

“I am three things: a friend, an activist and a servant.

“Now, I’m the person I needed when I was younger.”

For many of our Club members, the exigencies they face every day often manifest in deep insecurities and low self-esteem resulting from a lack of peer and adult support. When describing his experience, Peter coined the phrase “low gratitude threshold.” He went on to explain:

“If you spend your whole life hearing, ‘You’re ugly, you’re ugly, you’re ugly,’ and then someone comes along and says, ‘You’re beautiful,’ it means so much more. Of course, you might be beautiful already, but because that person did one nice thing for you, you feel indebted to them. So whenever I’m accepted or someone does something nice for me, it’s — what am I doing to give back?“

“When you don’t necessarily have a lot, you’re grateful for everything.”

I asked Peter what it will mean to his family when graduates from Howard University.

I’m at Howard, where Kamala Harris is an alumna. And I think of James Clyburn, who also graduated from an HBCU – South Carolina State University. I look back at Kamala Harris’ commencement speech at Howard in 2017, and she talked about taking the charge to lead. Now, three years later, she is the Vice President.

We look at immigrants, and we don’t necessarily understand the pressure there is to excel in school because our success is also connected to the success of our family. We lead in that sense. The fact that I am a first generation, low-income student, and I’m at Howard, in my last semester right now – I think that’s my parents’ happiest moment yet. I think my dad will probably die happy if he sees his son graduate in the capitol of the United States of America.”

“My success is me honoring the people who invested in me, if anything. And so that’s what graduating means to my family and my community.”

I couldn’t resist this rare opportunity to ask such a distinguished alumnus what role the Boys & Girls Club played in his life accomplishments so far.

“The Club gave me the space and mentoring that I needed to really step into my leadership. I’m thinking about all of the leadership opportunities I had because of the Boys & Girls Club. Especially the experiences of being a peer leader – I needed that. After feeling isolated, and not having a place where I necessarily belonged, being able to facilitate growth was crucial for me.

When I talk about the Boys & Girls Club being there, it was a safe space where I could live my truth, be surrounded by my peers, be surrounded by people who cared about me. I was able to be in a place where people were there for me, people cared for me, and people worked really hard to make sure my brilliance wasn’t oppressed in any sense – they were constantly working to inspire me.”

Peter and I took a moment to reflect on the historically unprecedented and difficult road that still awaits us – from the continuing path through COVID-19 to racial justice movements to polarizing political division. Here, Peter shares his view of the role youth play at this critical time in our nation’s history.

“My role isn’t to dictate what you do. We all have different politics. But one thing I want to charge everybody with is to have a common mission of empowering people and making sure they have the tools and resources they need to be successful.

At this point in our conversation, my measure of Peter was not that of a 21-year-old youth, but a true intellectual and humanitarian peer in the making. I invited him to set his sights far into his future and share what he hopes his legacy might become.

“I think you can already see a little now. I want people to look back, 50 years from now, at Denver’s history books and see leaders and say, ‘That person used to work with Peter when they were younger,’ or Peter supported them in this way when they were younger. When I look at 10for10 now, I am proud of the fact that we are the greatest collective of young people working to empower their communities. I’m adamant about getting people on my team that share my values and passions because our community deserves excellence.”

“I want to create a legacy that sets the foundation for other young leaders.”

If you could give one message or piece of advice to kids and teens growing up right now, what would it be?

“Be great at it, speak it into existence and it’s going to happen.”

There are days you leave the Club, validated and consumed with hope and optimism after visiting with our Club kids, our next generation of leaders. When I met Peter more than five years ago, during his high school experience, I was ignited with anticipation for the man he would someday become. Even as an adolescent, he conveyed confidence, poise and compassion for others.

Now just a few years later, at the precipice of shedding his adolescence and launching fully into his twenties, Peter has already accomplished an impressive list of accolades that have changed his community and city. With his friendly demeanor, activism for humanity and servant heart to help others, Peter is an exceptional Club alum who I am now proud to also call my friend.