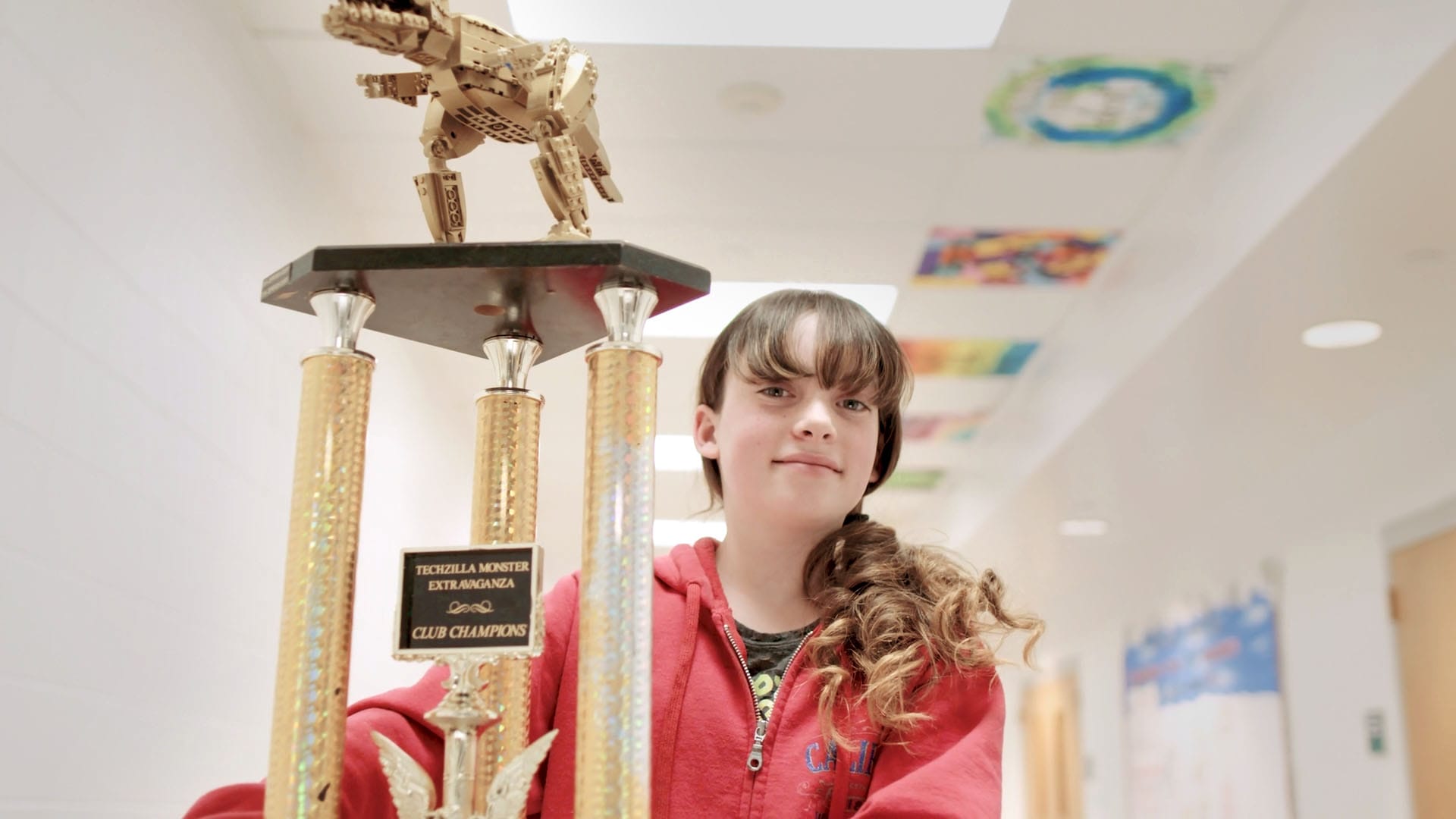 Whether in a robotics competition or a game of soccer, 13-year-old Zoe gives it her all. A member of the Boys & Girls Club for six years, Zoe has played multiple sports, led her Club in technology competitions and even won a citywide Battle of the Bots with her custom-built and programmed robot.

“My partner Chloe and I built a robot and competed against all the other Boys & Girls Clubs,” Zoe explained. “We won first place!”

Zoe learned about robotics through her Club’s STEM Lab. “I love the freedom I get at the Club,” she said. “There are so many opportunities to find out what I’m good at!”

With her friend Chloe, she spent months tweaking code and testing different motors and modules to build a competitive robot. The robots battle like sumo wrestlers, with each machine working to push the other out of a circle. Perseverance was the key to Zoe’s success. During each battle, she and her partner observed their robot’s shortcomings and then made adjustments to their robot’s programming between rounds to keep improving their design.

Throughout the COVID-19 pandemic, Zoe has been able to continue her interests in technology thanks to “MyFuture,” a digital platform she uses to learn, play and socialize safely. MyFuture lets kids interact with each other – free from the prospect of cyberbullying – and share their accomplishments locally and nationally. Kids can learn from hundreds of activities, earn badges to stay motivated and even win real-life prizes for their Club.

MyFuture is supported through a partnership between Comcast and Boys & Girls Clubs of America. Throughout the pandemic, MyFuture has helped more than 20,000 kids across the nation stay connected and learning. Watch the video below to learn more about MyFuture and Comcast’s belief that all kids deserve access to technology and the opportunities that come along with it.

In the new year, Zoe is hopeful she can spend more time with her friends. She loves learning and experimenting with technology, but it’s the friendships she has made at the Club that she values most.

“Anyone that spends time with Zoe knows how kindhearted, silly and energetic she is,” explained Giselle Cosme, the Club’s Health Specialist. “She is always a joy to have around, and she brightens everyone’s day.”

In a year filled with uncertainties, one thing is for sure: Zoe has a bright future ahead. At Boys & Girls Clubs, we will keep doing whatever it takes to help kids like Zoe grow their imaginations and have access to the technology they need to stay competitive in our ever-changing world.

Note: The photos and video for this story were taken before the COVID-19 pandemic.