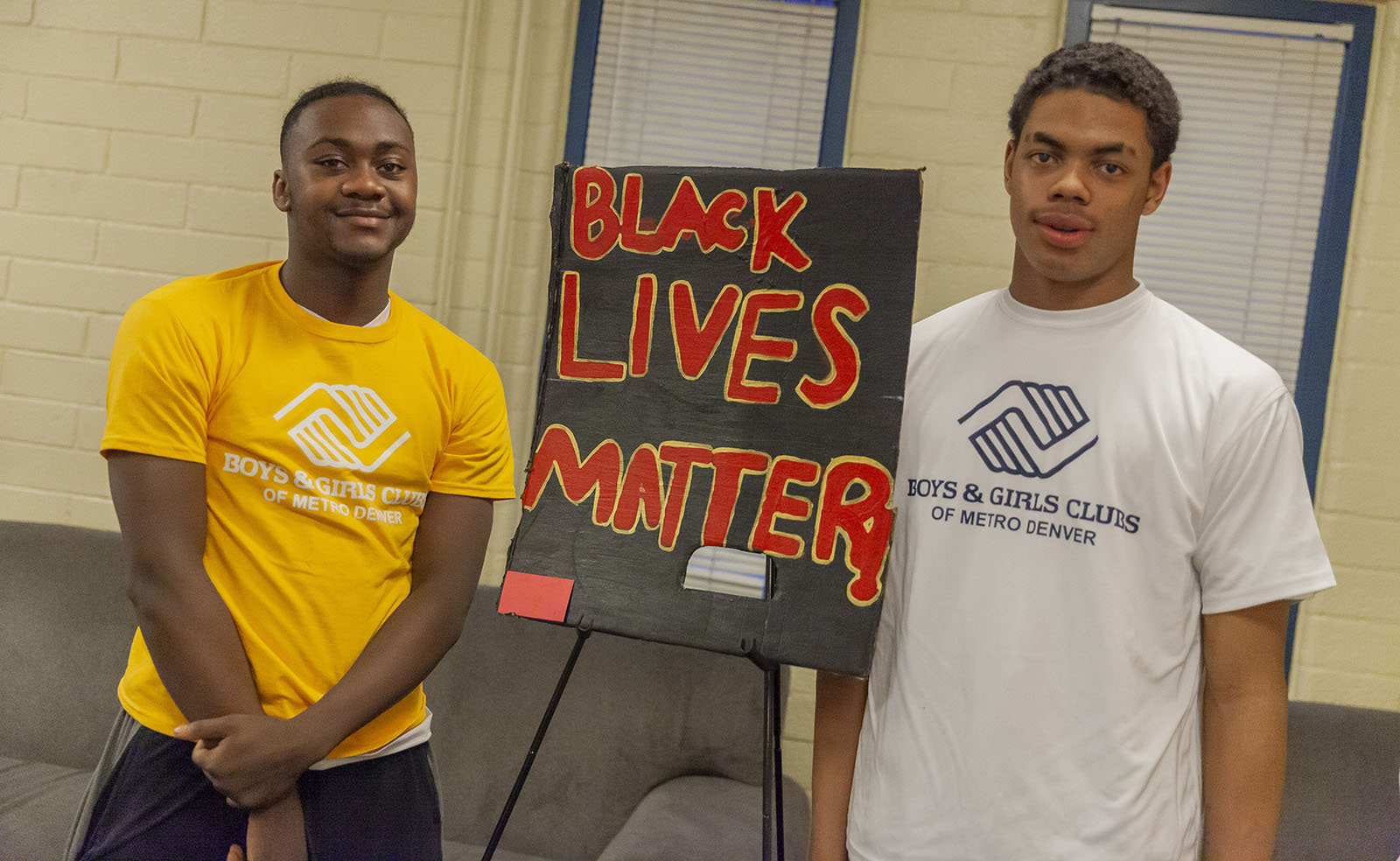 In late May, the nation was left reeling after the death of George Floyd while in custody of the Minneapolis police. The horrific event, and others like it, spurred protests across the country, many of which still continue.

Two weeks later, the Denver Broncos Boys & Girls Club re-opened its doors, after being closed to in-person programs due to COVID-19. Nina Conley, or Ms. Conley, as she’s known at the Club, had returned to her role as the Club’s Reading Specialist, when she started getting questions about how the Club would respond to the growing demands for systemic change.

“It’s not just George Floyd. We’ve had Club members who have experienced violence,” Conley said. “It affects our kids, and when they know a person who has been killed, it has an effect on them.”

Making Space to Listen to Our Teens

Conley worked with Rich Barrows, the Broncos Club Director, and Club staff Lisa Ford and Shaunte Timmons, to plan a Black Lives Matter forum for the Club’s teens. The Club was mainly serving younger kids at the time, so staff made calls and emailed teens to invite them. Soon, they had planned an outdoor forum with social distancing and health and safety precautions. 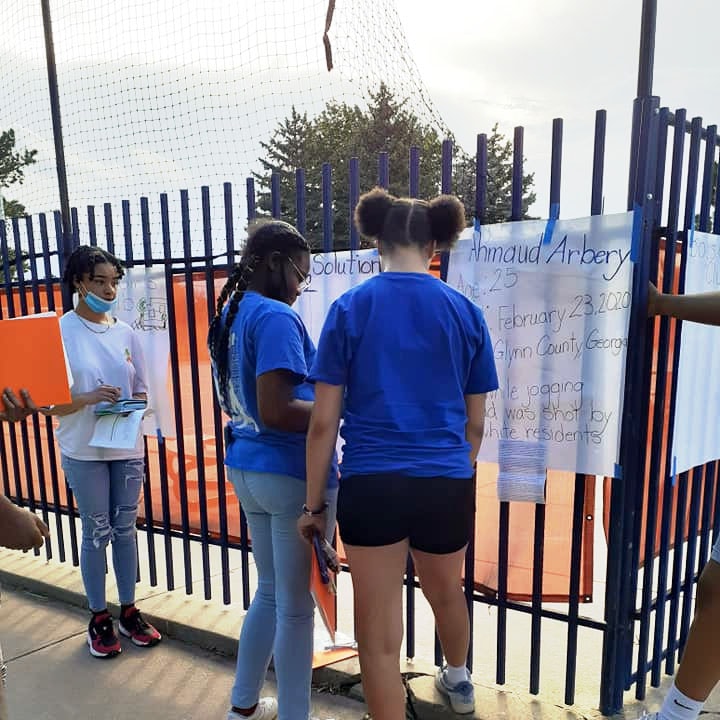 “A lot of times, we squander the youth voices, and we only put the adult voices in the room.” 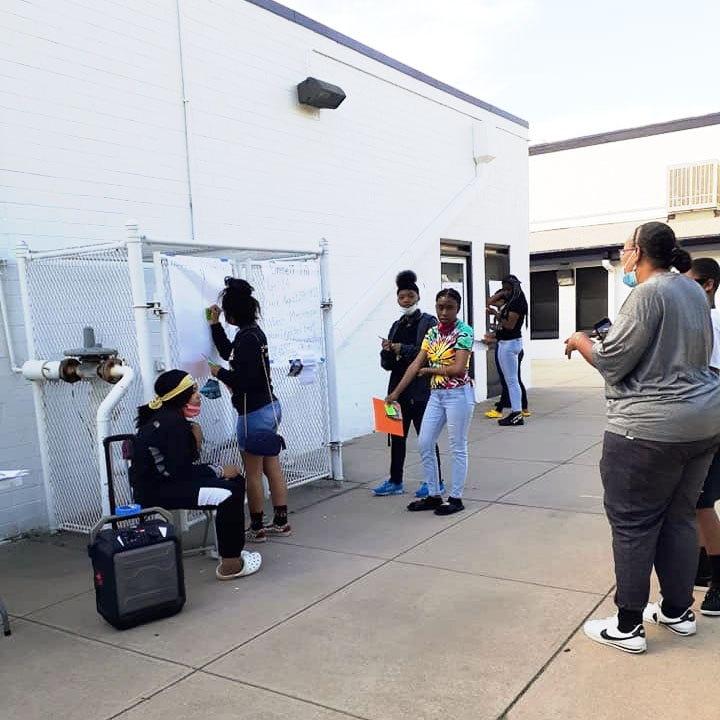 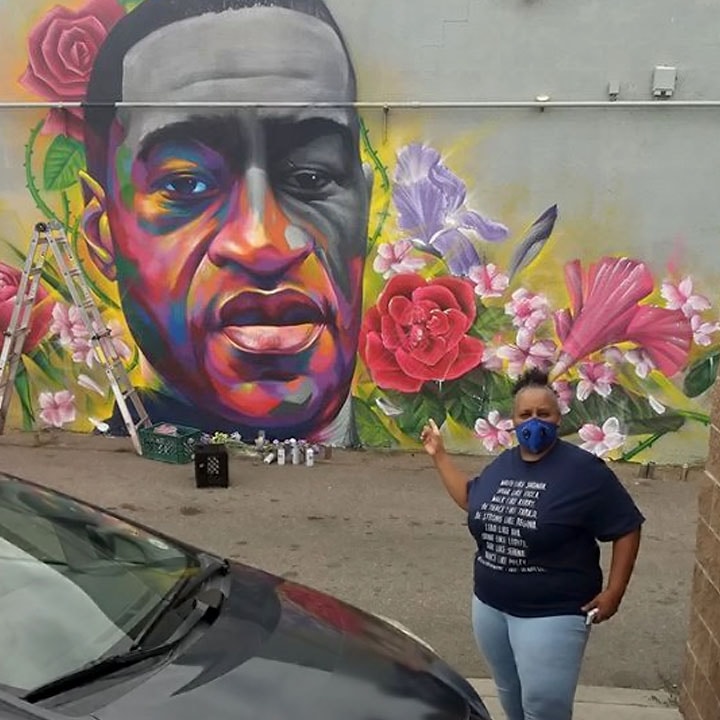 Nina Conley, pictured before a mural of George Floyd, worked with Club staff to plan and organize the forum.

“A lot of times, we squander the youth voices, and we only put the adult voices in the room. It was imperative that we heard from the youth,” Conley said. “We’re not out there in the world that they’re in. We’ve got to hear what they experience and what they need to feel safe and loved and supported.”

When Club members came to the forum, they were handed an envelope representing people like Ahmaud Arbery and Emmett Hill. The teens broke into groups and had discussions about their own experiences with racism. They opened their envelopes to learn about the people who had been killed, and then dug deeper through more discussions. Finally, the Club staff asked the teens how the Boys & Girls Club can support them.

“They were honest about what they wanted,” Conley said. “The number one thing was wanting a place where they can go, where they feel safe. It hit me because of all the deaths that were happening. Think about it. There’s no school. There’s no rec centers. There’s no library. Nothing was open for them. It was an eye-opener. Our teens, even when they say they don’t care, they really do. They want that consistency.”

To ensure health and safety, the Club was limiting the number of members it served, and the focus had been on younger members in an attempt to support working families. After the forum, the Club made a commitment to reopen for teens. Teen nights are now being organized on Tuesdays and Thursdays. The Club’s Education Specialist also launched a virtual book Club to keep teens engaged, even when they can’t attend in person.

The Club has also had continued discussions around racism and the Black Lives Matter movement, including a national online forum hosted by Usher’s New Look, an organization encouraging teen leadership and advocacy.

A Family of Support

Conley recently retired as a high school educator at Collegiate Prep Academy, but she plans to continue mentoring teachers at the school, substitute teaching when she can, and of course, working at the Boys & Girls Club.

“There’s no school. There’s no rec centers. There’s no library. Nothing was open for them. It was an eye-opener. Our teens, even when they say they don’t care, they really do. They want that consistency.”

She admits she was a skeptic when the Club opened its doors 17 years ago. When she met Barrows, she offered to volunteer, just to sit and see what the place was about. After the standard volunteer background check, Barrows invited her to do just that, and she liked what she saw. Soon, she was leading activities and forming relationships with members. When the Club launched a reading program, Barrows hired Conley to run it.

At the forum, a Club alumnus happened to walk by and see what was happening. He not only joined the discussion, but when reading out loud, he stopped to reminisce about how he had struggled to read until the Club helped him. Conley encounters success stories like this on a regular basis.

“When alumni come back, they love seeing their pictures and names on the Club walls. They’ll even bring their kids and say, ‘That’s mommy’s name’ or ‘That’s daddy’s name.’ I played basketball, and we were the champions! They come home, and they see that we didn’t forget about them.”

What was once a new program in an old rec center has become a symbol of consistency and caring in the community. Multiple generations within families now find safety and success within the Club walls, both of which are even more essential during the times we live in today.

“It’s like a home away from home for our kids. It’s a family of support. I think that’s what the community needs.” 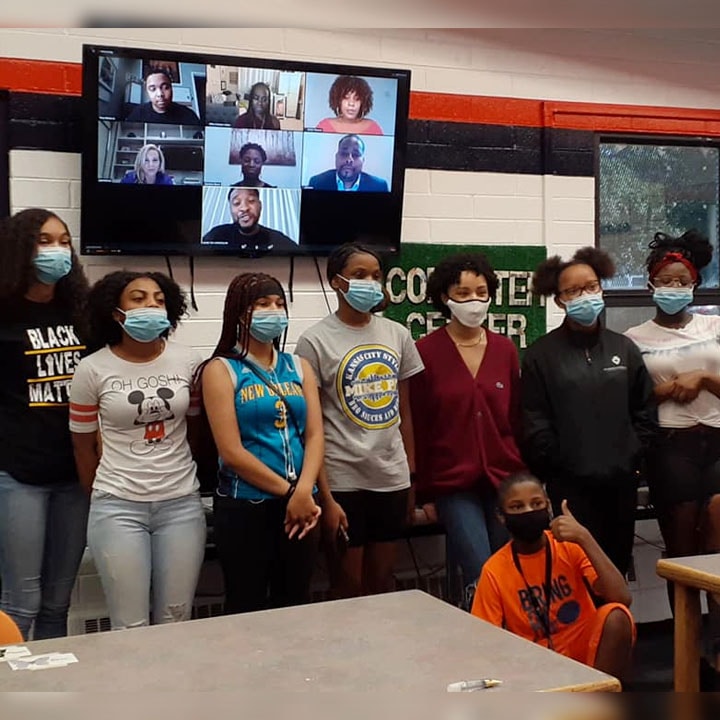 After the forum, Club members continued their work through a national discussion organized by Usher’s New Look.